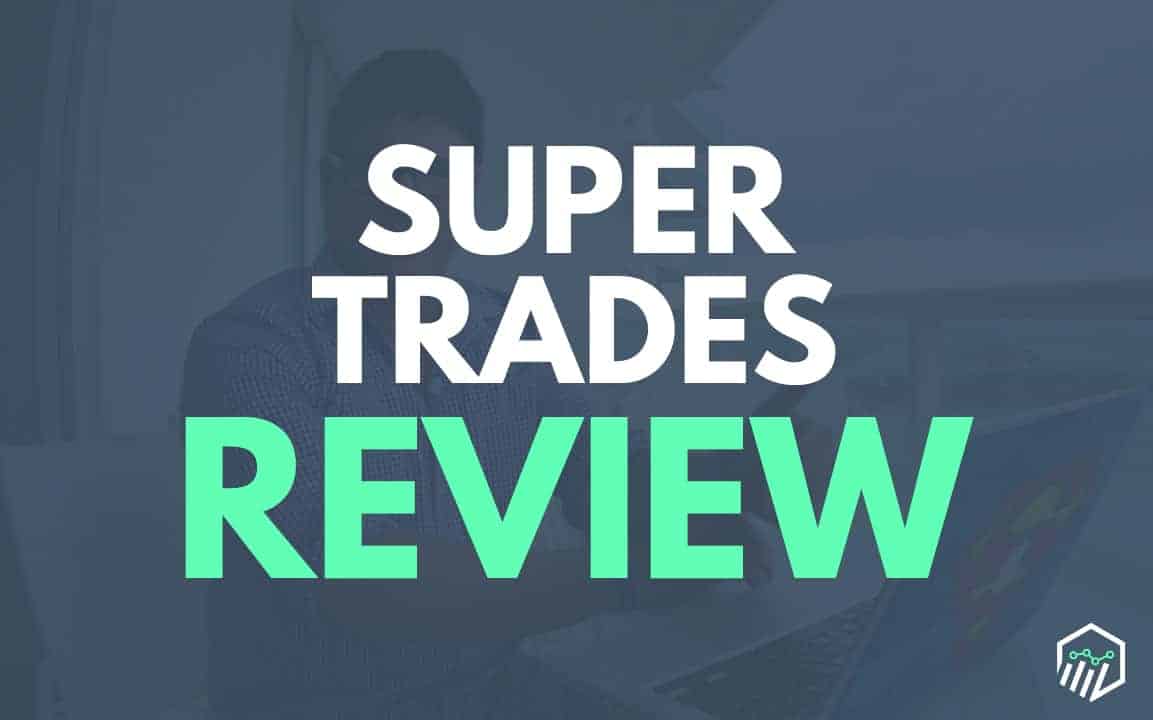 Superman Trades provides a swing trading alert and education service for traders who don’t have time to be at the computer all day. Paul Scolardi is well-known for having multiple six figure swing trades. Our review will help you decide if this service is worth it for you.

Sign Up for the Service
CHECK OUT THE LATEST SPECIALS 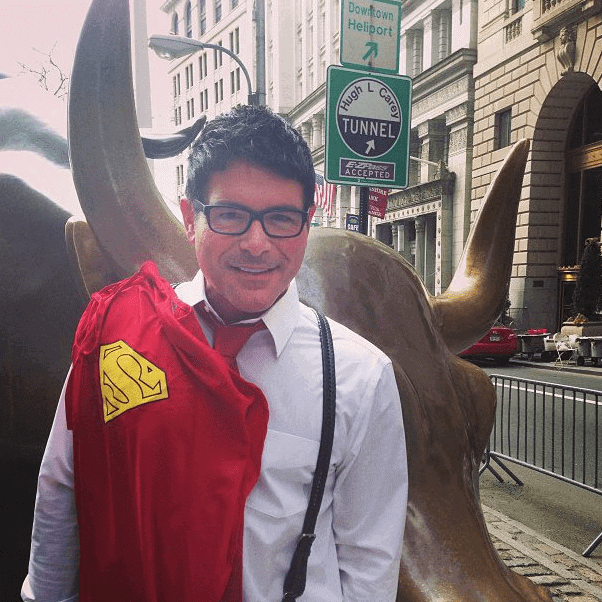 Before we dive into the SuperTrades review, it’s important to know a bit about the service. Super-Trades.com is a subscription-based stock picking service specializing in trading small-cap and momentum stocks. The site is run by Paul Scolardi aka Superman. Scolardi was a certified public accountant (CPA) by trade but is now a full time trader and educator. The site provides trade alerts through their live online chatroom and text messaging service. A morning watchlist is provided for members that outlines the stocks to monitor for set-ups during the trading day. There are many compelling testimonials on the site claiming his proteges have made hundreds of thousands of dollars in profits from his alerts. He even has a student who made over $2 million and now runs his own trading alerts service. The membership information is very simple. Subscription pricing is $147/month for the SuperAlerts plan or $247/month for the SuperPro plan with discounts for prepaid annual subscriptions.

The main trading style is short-term swing trading of medium to low-float small-cap stocks. Intraday scalping is also practiced daily in the chatroom, but Scolardi is more of a swing trader that administers day trading management techniques. It is also important to be aware that many of the small-cap stocks can be extremely low float in addition to low priced, which can lead to wild price swings in both directions. One has to be very careful of the pump and dump nature of the action. The thin liquidity can spike prices just at the mention of a position. This can suck in newbies to chase prices and end up biting impulsive traders. Never use market orders on these thin float stocks.

Most of the alerts are positioned to the long side and logically so since small-caps tend to be tough to short, especially thin floats. The intraday alerts focus on momentum movers that tend to have heavier volume that day due to a new item, rumor or technical catalyst. Scolardi is a big proponent of theme-based stock picks that focus on groups of stocks that embody a specific industry, product or trend fueled by a popular theme. When he is spot on, he will get subscribers into position ahead of the public and big boys resulting in a massive profits and an influx of liquidity to take out the early buyers. Scolardi hits many of these types of trades throughout the year. However, it is worth noting that his losing picks can dry up liquidity wise causing holders to feel extra pain if they are stuck in the position. Superman does tend to pick slightly more financially sound companies, unless its based purely on a speculative theme. He will note when the fundamentals are shoddy and it is up to the trader to determine the type of allocation to take based on the increased risk of the underlying stock.

The super-trades.com website offers plenty of training material through archived webinars and videos included in the $247/month subscription plan. This includes access to the video library and weekly video lessons in addition to research reports, IPO and Earnings reports tracker access. Superman will market a training boot camp periodically where he will mentor students, but no details on pricing are available on the site.

The chatroom is part of the Profit.ly network, which is also home to traders like Timothy Sykes. With that said, Superman is consistently a top five performer on the network which includes a handful of other widely known small-cap gurus. Superman’s chatroom is a simple text based chatroom with a members and moderators list and room for messages. The participants usually number around the 100 mark at any given time. Superman is very active in the room with his posts and seems welcoming and open to questions and feedback. The overall tone is that of a community as there are many good traders that post their ideas and positions throughout the day. You can find some good ideas in the room in addition to Superman’s picks. There doesn’t seem to be too much noise and most messages are usually updates on people’s trades. Overall, the room is focused on business and not so much chatter (similar to Investors Underground but at a smaller scale). There is actually another chatroom dedicated for off-hours and off-topic chats.

What Type of Trader is Superman Trades Best For?

This service is good for traders with small accounts under the $25k PDT rule that are looking for swing trades with pure risk capital. More seasoned traders that are familiar with low float stocks may also be interested as long they can manage the positions. Due to the risky nature of the picks, you should only be playing with risk capital that you can afford to lose. Small-caps are highly volatile and liquidity can vaporize once momentum is stifled. However, Superman has had some incredible winners. His CPA background definitely helps him analyze the financials and apply financial market metrics and accounting analytics to determine undervalued stocks ahead of the crowd. Unlike many popular gurus, Scolardi actually knows how to read financial statements and SEC filings and interpret the true sentiment behind the numbers. He is meticulous in this sense and it shows from his in-depth research reports. His forte is spotting themes almost before they become realized.

Is the Service a Good Value?

The pricing of the site is an incredible good value. The basic membership at $147/month is good for seasoned traders that don’t need the weekly lessons. However, the $247/month plan includes his premium research reports, which uncover under the radar stocks that have exploded to the upside in the past. I like how there is virtually no upsell and constantly marketing on the site. It is purely a trader’s chatroom with the focus on profits and not being pitched an endless supply of products and add-on services. That is refreshing. 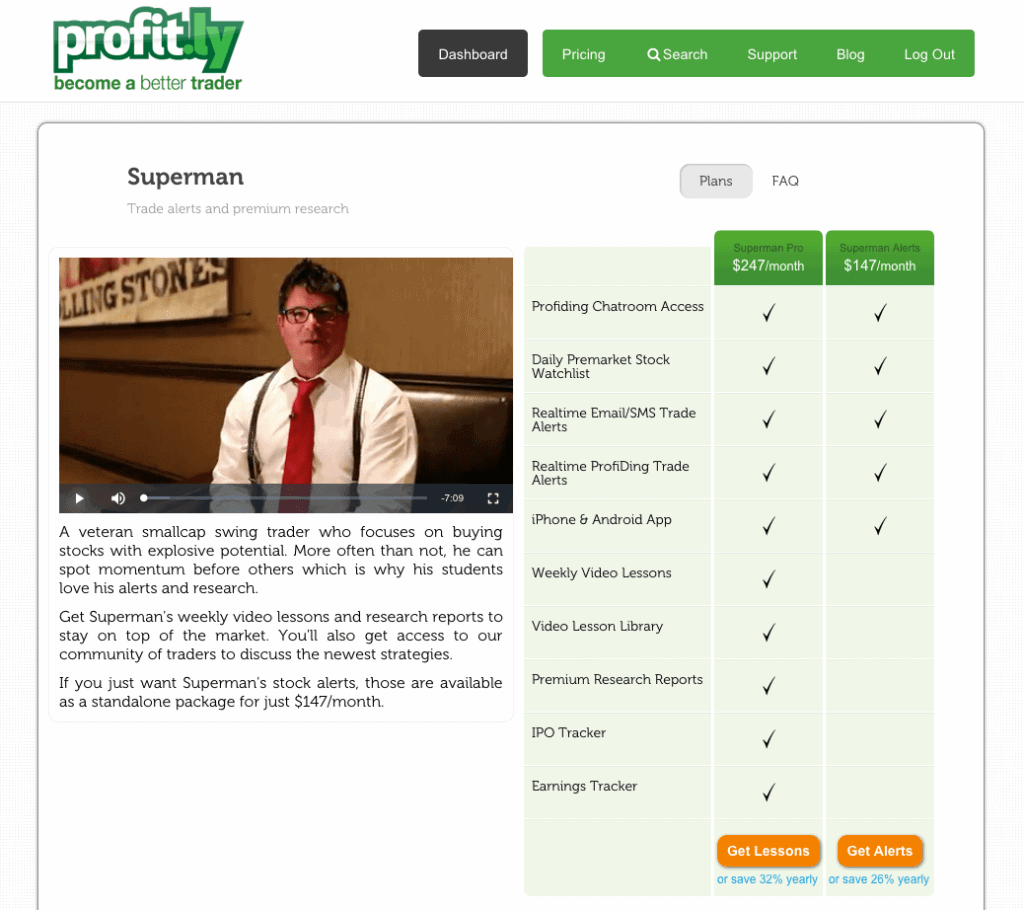 Sign Up for the Service
CHECK OUT THE LATEST SPECIALS

Up 60% on my trading account this year with a demanding full time job, thanks @super_trades for teaching us how to profit with a busy life!

Attended my first webinar as a @super_trades protege student. One of the best decisions I ever made. Very happy to be working with you Paul!

Our team has reviewed over 300 services. These are our favorites:
Sign Up for the Service
CHECK OUT THE LATEST SPECIALS

Born to Sell Review – Is This a Good Tool for Options Taders?

GuruFocus Review – Is This Investment Tool Right for You?

Motley Fool Epic Bundle Review – Is This Subscription Worth Buying?