TopstepTrader Review – Should You Become a Funded Trader? 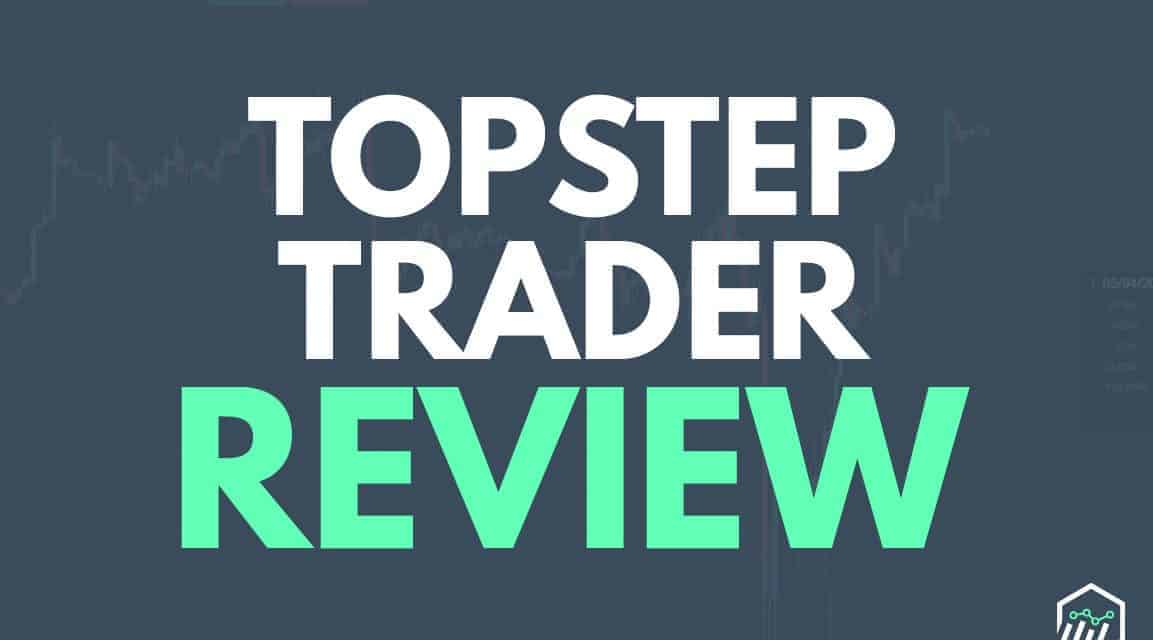 TopstepTrader is a trading firm that seeks to recruit traders by evaluating their performance in real-time, simulated accounts. Discover how this trading platform could be an option for your day to day activity.

TopstepTrader is a proprietary trading firm that recruits traders by evaluating traders’ performance in real-time simulated accounts. The firm generates revenue both from their funded traders (20% of profits) and by charging monthly fees for access to their practice platform.

The firm was started by Michael Patek, who had trading aspirations rooting back to his teenagers, but due to his rural Nebraska upbringing, he had no trading connections until he moved to Chicago with $90,000 to trade. Patek ended up losing all of his capital, and then earned his chops on a simulated trading account. This experience inspired him to start TopstepTrader.

The process of becoming a funded trader starts with subscribing to their monthly platform, which comes with a minimum fee of $150 and goes up to $375. Traders who meet their performance criteria will be able to trade using Topstep’s capital.

In this article, we’re going to review the pros and cons of TopstepTrader’s path to funding and their simulation platform.

TopstepTrader has four different plans, all of which have the same features with different account parameters like profit target and trailing maximum drawdown.

TopstepTrader uses the Tradovate platform. Tradovate is a futures brokerage that employs a subscription-based commission model.

While the charts are certainly above average, they can be a bit clunky at times, mostly due to their lack of auto-scaling, seen in the likes of TradingView.

The rest of the platform’s features are quite standard, with your average news feed and position analysis screen. 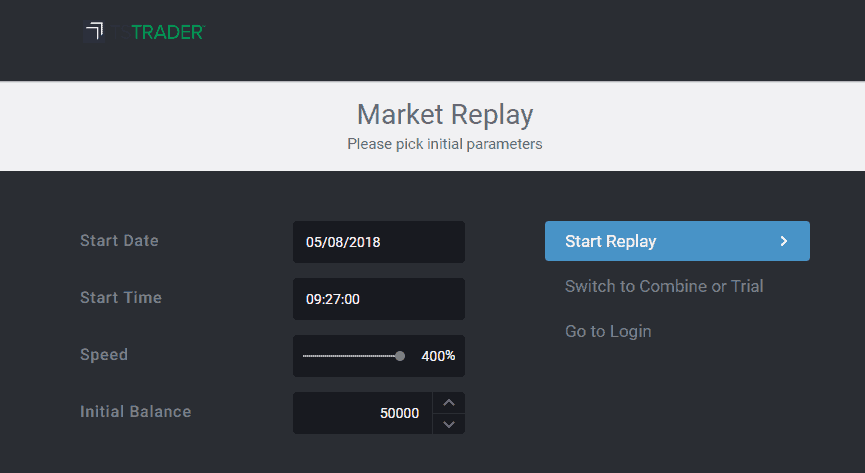 TopstepTrader has a market replay feature integrated into the Tradovate platform. It lacks when compared to other market replayers like TradingSim and thinkOnDemand.

Topstep allows you to choose your start date & time, speed, and initial balance. TradingSim and thinkOnDemand both have the previous features plus much more, like TradingSim’s fast-forward to any time feature, or thinkOnDemand’s vast array of asset classes available for simulated trading.

Traders on the simulation can trade any CME Group product, while funded traders also have access to EUREX products.

Combine Reset: If you blow up an account during your “Combine” (simulation) phase, TopstepTrader will charge you $100 to reset the account.

Commissions: In addition to exchange and regulatory fees, TopstepTrader claims to give “free” commissions; however, they charge $0.18 per contract as a “transaction fee,” which isn’t charged by other firms like NinjaTrader, eSignal, MarketDelta, and others. 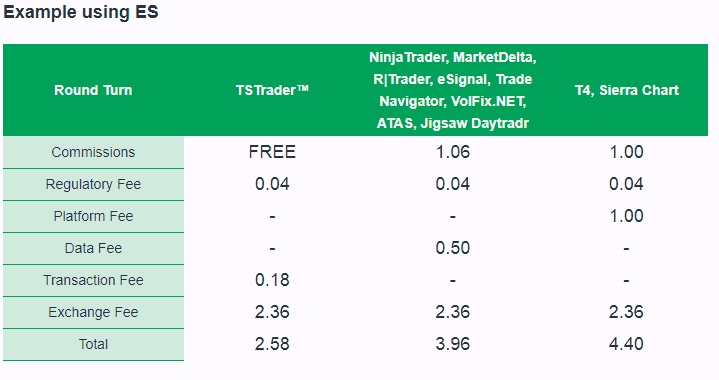 Getting Funded at TopStep Trader

This is the most important part of this platform, as people don’t join for the trading simulator but for the chance to trade TopstepTrader’s capital (similar to Maverick Trading).

Before we talk about the likelihood of getting funded and the worthiness of the program itself, let’s go over what TopstepTrader will require from you before they give you a chance at trading a funded account.

There are two steps to getting a funded account. As you can see above, the first is to prove you can be a profitable trader, which involves meeting certain milestones that involve managing your losses and hitting a profit target. From there, you need to prove that, while being profitable, you can trade without taking a lot of risks, which involves scaling in and out of your large positions, not holding positions into economic releases, and staying within a weekly loss limit.

The most significant criticism of the funded account program is that the actual account size numbers are a bit abstracted. While TopstepTrader tells you they are funding you with $100,000 or $150,000, you can only lose the “trailing max drawdown.” For example, in their $50,000 funded account, their trailing max drawdown is $2,000, meaning the max drawdown you can have at any point intraday is $2,000 of your account’s equity. Here is a chart from TopstepTrader to illustrate the point: 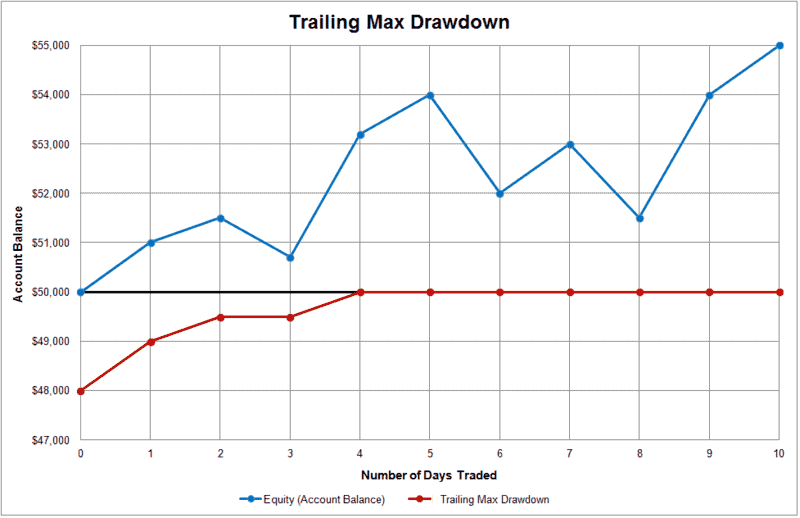 Another criticism often made of TopstepTrader is the small number of traders they have funded historically. The firm has been open since 2012, and they have funded 1,537, illustrating the stringent standards they have for getting funded. Once getting funded, many traders end up getting knocked off shortly after and getting put back on the trading simulation. Many would say that this is just a representation of how unlikely traders are to succeed and says more about the difficulty of trading then TopstepTrader.

Who is TopStep Trader Best For?

Based on TopstepTrader’s numbers, only having funded 1,537 traders in total, with an average weekly profit of $549, and the vast majority of traders not being active at any one time, it seems that TopstepTrader makes most of their money off selling subscriptions to their trading simulation and the dream of getting a funded trading account.

However, one cannot dispute that TopstepTrader would be an excellent way to test if you’re actually a profitable trader. If you cannot get funded, perhaps you’re not as good a trader as you thought?

Ultimately, TopstepTrader is upfront about their business. They charge traders for access to the simulation because the vast majority will never get funded; however, they will stick to their word and fund you if you manage to meet their funding guidelines.

There’s a competitor to TopstepTrader that has similar terms called Oneup Trader; however, one should approach with caution due to the debacle that the supposed owner had over at futures trading forum futures.io. 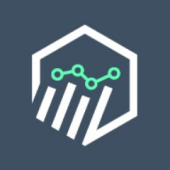 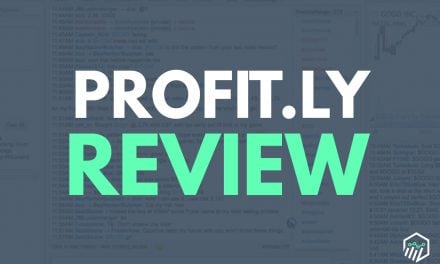 Profitly Review: Are These Gurus Legit or Scams? 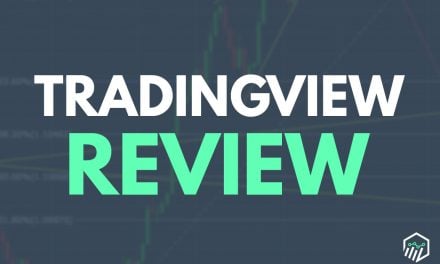 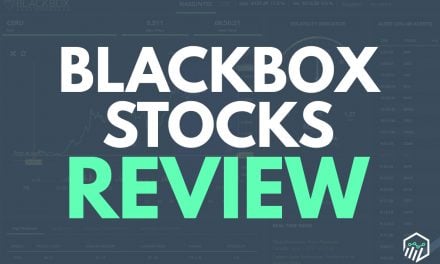 Black Box Stocks Review – How Does This Trading Platform Rank? 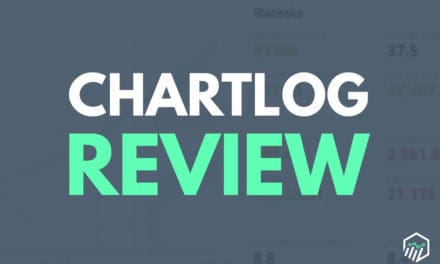 Chartlog Review – Will This Tool Help Your Trading Performance?